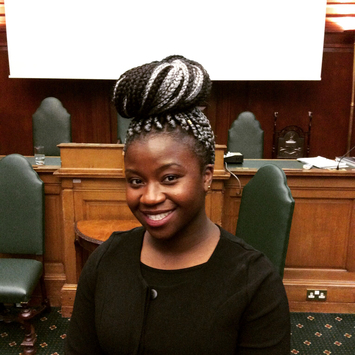 Esther is a sixth-former at Haverstock School.

The results were announced in the Council Chamber at the Town Hall on the 13th April 2016 by outgoing Youth MP Hannah Morris, who was thanked for her hard work and her successful campaigning work over the last two years.

Esther said: “It’s an honour and a privilege to be elected to represent young people in Camden and get everyone’s voices heard.”