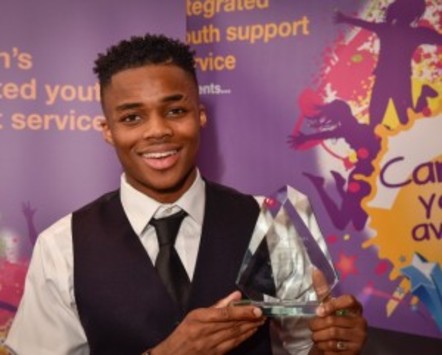 Exceptional young people had their achievements recognised at the annual Camden Youth Awards, held at the Camden Centre on Wednesday, 18 February 2015.

Several award winners had overcome adversity – including serious illness, fleeing persecution in their home country and learning English as a second language – to achieve success at school and college, as well as gaining Duke of Edinburgh’s Awards, volunteering in their community or raising money for charity.

This year Camden’s youth service received over 50 nominations for the individual awards from across young people’s services. All entries were judged by a panel of young people.

Joao Cordeiro, 15, Positive Role Model Award winner, said: “If you work hard, you can achieve anything in life.”