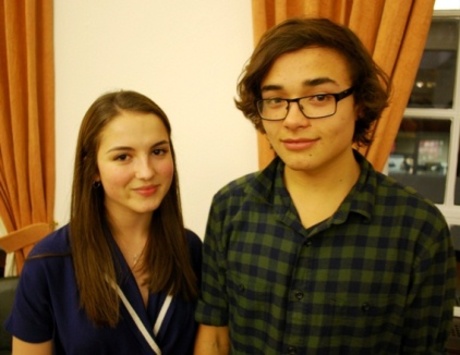 Sixth formers across the borough are being offered expert advice and support to help them get into the UK’s top universities, including Oxford and Cambridge, in a pioneering partnership between Camden Council and Girton College Cambridge.

Camden’s school improvement service devised the scheme and was supported by Girton College, in close liaison with local heads of sixth forms and many of the borough’s most popular local universities.

The aim is to help capitalise on the excellent education offered by local schools and ensure as many students as possible have access to the country’s best universities.

The programme will support a wide range of students from all Camden’s school sixth forms, including the LaSwap consortium and UCL Academy, and Westminster Kingsway College.

Speaking to Camden sixth formers at the launch event, senior Cambridge lecturer Dr Stuart Davis, said: “This programme offers you advice on applications and interviews for high-level universities. You will also be able to visit Girton College for the day and have a look around Cambridge University. This is a tremendous opportunity.”

The launch event of the Camden Higher Education Scheme took place at the London School of Economics last Thursday (14 November). It was attended by about 150 sixth form students, eager to capitalise on the groundbreaking scheme.

Students will now be able to log on to the Camden HE Scheme website and blog about their experiences of attending events and activities related to the programme.

Their progress will be tracked, both by nominated sixth form staff, and the co-ordinator, Rebecca Duncan.
For further information, contact Robert Rickard.

Created by: Back Chat admin