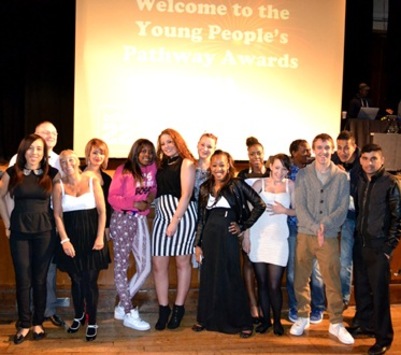 The achievements of young people moving from supported accommodation to independent living were celebrated at the first-ever Camden Pathway Awards. More than 12 Pathway providers and over 70 young people took part in the event, held at the Camden Centre on 11 June.

Organiser Yomi Sode said: “The aim of the Pathway Awards was to celebrate the achievements of the young people through a prom-style setting, which some had never experienced before. It was also a great chance for them to vote for each other, socialise, dress to impress and enjoy performances by Ayo Beats, Katlin Scarlet and our very own Charlie Apling.”

Afterwards, we asked some of the young people what they thought about the Pathway Awards 2013:

“I liked being out with friends and seeing a new part of London. It was good to meet new people. I would like to win something next year” (Alfonse 17).

“I thought it was cool, the performances were good and it felt positive. It was good to be nominated”( Billy 19).

Camden operates a pathway approach to its provision of support accommodation. The aim of the pathway is that young people have a seamless journey through supported accommodation to independent living. The Young People’s Pathway is for young people aged 16 to 21 (up to 25 if a young person has a learning disability or other vulnerability). The service is commissioned by CSF family services and social work.